The story begins in the city of Tajimi in Japan. Takeshi Shibata, a very determined man, has a vision and a dream to be a great chef and patissier. He started out small, very small, as an assistance for a chef in Japan. A true passion fueled him to be hardworking both inside and outside of the kitchen. Some days, he would even go home and practice piping cookies with his toothpaste. His hard work paid off and he was off to France. Takeshi continued to learn more and more while in France and began to work there not long after. He was able to gather knowledge of the complex characteristics in French desserts and had grown used to the high quality ingredients. After continuing to live, learn, and work in France, an idea struck him.
Takeshi Shibata had an idea, a great vision. The perfect fusion of Japanese and French desserts. The (insert characteristics of French desserts) meets the technique, taste, and unique ingredients of Japanese/Asian desserts. Using his understanding of Asian desserts, he could make delicacies that presents the taste of French bakeries in a way that the people back home could enjoy by modifying some parts like reducing the sweetness, and adding more flavors and texture. He set off to bring his vision to life. His first ever dessert that is still his prized creation to this day is the Caramel Eclair which is known here as the Caramel High. He continued to find more ways to combine high quality French ingredients with unique Japanese ingredients using techniques from both nationalities. This led to the creation of more and more desserts until he eventually able to open up a shop in his hometown Tajimi in 1995. Since then, Chez Shibata 365 has grown in popularity. More and more people discovered and loved his desserts which led to him being able to open more branches. There is a variety of choux pastries, cakes, mousse, and tarts that fulfilled his vision of the perfect fusion for everyone in Asia to enjoy. Now, Chez Shibata 365 has 10 branches total in Japan, Shanghai, and Thailand.
Recently, Chez Shibata 365 opened a new branch in Bangkok, Thailand. The runners of this branch found Chez Shibata 365 while on a trip at Nagoya and loved the taste, quality, and idea of Takeshi Shibata’s desserts. This gave them the idea to open a branch in Thailand that would introduce Thai people to this fusion and fit the taste preferences of Thai people. French desserts are too sweet for Thai people and Thai people love Japanese desserts, so they aim to make the desserts at their branch just right. They were able to meet Takeshi Shibata to discuss their idea and soon realized that they had the same visions for this new branch. Takeshi Shibata was already fond of Thailand and supported the idea. Their incredible cooperation led to the branch being open on (Mar8,2019) at the Nikko Hotel in Bangkok. Some desserts were kept the same, some were modified, and some were cut out. There are signature desserts that were kept the same such as the Caramel High/Caramel Eclair, Mont Blanc, and the Mille Feuille. Some desserts were modified such as the Matcha Queen, Yuzu Tart, and the Chocolate Signature. The desserts that were modified kept the same idea and components, but the name, taste, or appearance may be changed. 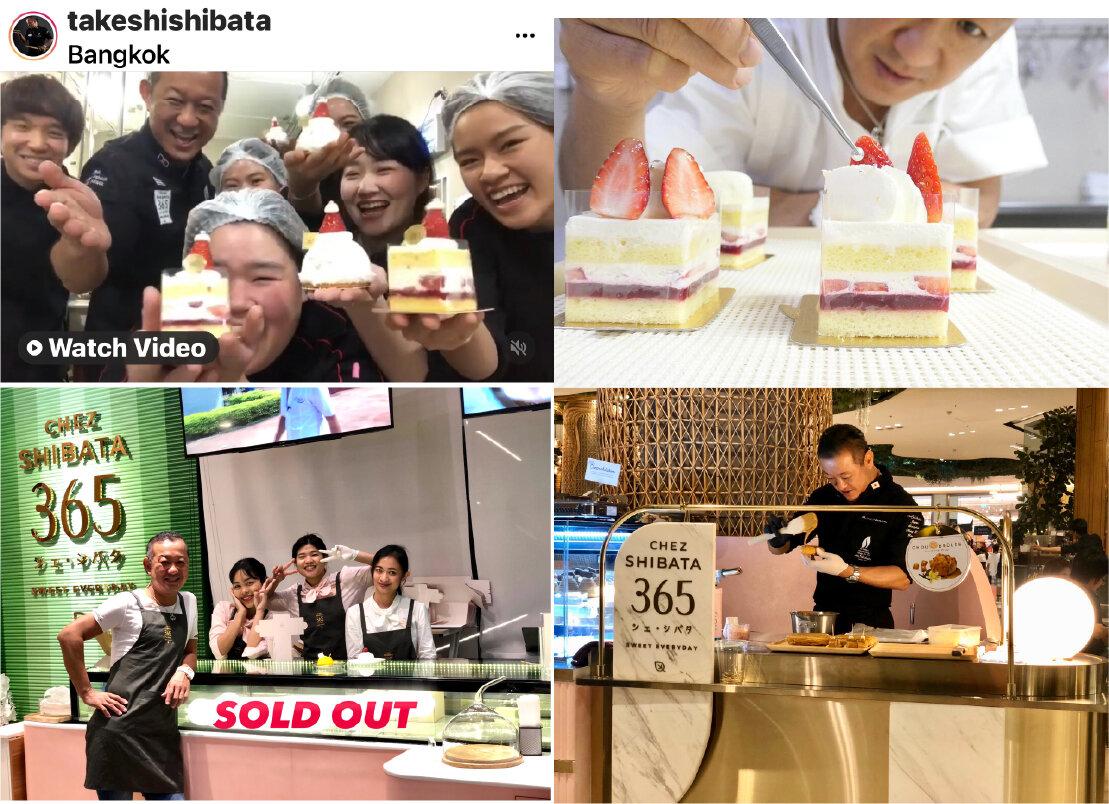 Just like the other branches, the Bangkok branch aims for the highest quality ingredients with most of them being imported from France. And with that, the new branch of Chez Shibata 365 in Bangkok, Thailand is complete. Even when it is open and running, they are still coming out with new creations and desserts for all to enjoy.